By monkgardensPublished On: May 19, 2020Categories: Notes from the Gardens561 wordsViews: 32

Have your lilies been under attack? Are there bright red beetles munching on your prized lilies? It’s time to take action! Start treating your lilies before they are mowed to the ground by the Scarlet Lily Beetle, otherwise known as the Lily Leaf Beetle.  These nasty beetles are known to choose Tiger Lilies, Easter Lilies, Asiatic and Oriental Lilies as their hosts. Some other plants that you may not expect the Scarlet Lily Beetle to attack are Fritillaria, Lily of the Valley, Solomon’s Seal, Hollyhock, Bittersweet and Hosta.  This nasty beetle is devastating to the “true lily” plants in our landscapes. Don’t worry, your Daylilies are safe from this pest.

Lilioceris lilii (Lily Leaf Beetle) completes its entire life cycle in and around the plants and soil they have chosen to reside in. As soon as the tips of lily plants start to emerge, so do the Scarlet Lily Beetles. During the warmer spring weather, the beetles are searching for a mate and foraging on new plant material. Adult beetles will mate and lay their eggs on the leaves of the lilies usually until the end of May. The eggs laid will hatch within 4-8 days and turn, an orange color just before hatching. Once the egg hatches, it goes into a larval stage where it looks like an orange slug. The larvae feed for 16-24 days, and they are most destructive at this life stage because of their constant feeding. The larvae then fall to the soil to pupate, and 16-22 days later they emerge as a scarlet red adult beetle. The adult continues to live on and near the lilies throughout the rest of the season.  Scarlet Lily Beetles overwinter in the soil and plant debris to start the process over again.  They come back determined to thrive!

An adult Scarlet Lily Beetle lays 250-450 eggs per life cycle, so the control and eradication of this pest is very tricky. Because the adults and larvae are heavy feeders, they can defoliate a plant within a couple of days.  If you see the scarlet-colored beetle or signs of droppings or chew marks on your lilies, you will want to treat your prized plants immediately. Neem Oil, a botanical insecticide, has been found to be very effective in controlling this pest. If you choose to treat your plants, you will have to spray every 5 to 7 days after egg hatch to kill the larvae. You will have to cover the entire plant because the larvae like to reside on the undersides of leaves.  You can also control the larvae and adults by mechanical methods of squishing them.

It may seem like the beetle has just arrived in our area within the past few years, but was discovered in Massachusetts in 1992. The Scarlet Lily Beetle populations have been exploding and spreading ever since it was discovered. Researchers believe the beetles came in a shipment of lily bulbs from Europe, where it is native.  This beetle has taken a toll on lily production and growing in our area. Many garden centers do not carry ‘true lilies’ anymore because there is such a high risk of spreading this pest. If you see the Scarlet Lily Beetle, take action, and try to eliminate these pests from our area.

*Data was sourced from The Center for Agriculture, Food and Environment- University of Massachusetts Amherst* 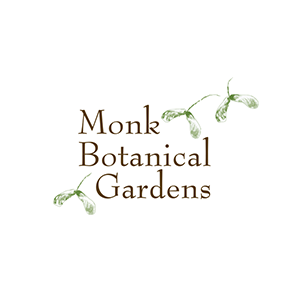